As the new strategic plan for the future of Purdue Fort Wayne is defined, one of its main focus is to embrace diversity, equity and inclusion. A new center on campus provides a better visual reference of the campus becoming a more inclusive place.

The center serves as a space for students to hang out and study, but also serves to be a “first-stop shop” for people with questions about the LGBTQ community, said Jordan Sanderson, coordinator of the Resource Center.

“We wanted a safe space for students, but we also wanted to educate people,” Sanderson added. The center hosts multiple workshops throughout the year on various topics related to gender identity, sexuality, and LGBTQ history. The Center also has a small library filled with LGBTQ literature.

Sanderson said that the center is usually full of students either swinging by between classes or studying in the back room. However, he was somewhat surprised by the amount of people who decided to visit the office. “I didn’t expect people to come in so frequently with questions,” said Sanderson. He added that many of them were not a part of the LGBTQ community, but they were “so willing to learn, which is something we don’t see very often.”

The center opened just prior to the Strategic Planning Committee sending out a campus climate survey focused on embracing diversity, equity and inclusion. Sanderson believes that the survey is a step in the right direction and more research is needed on the campus climate to identify needs within the campus community for LGBTQ students and staff.

“With 19% of the freshman class identifying as a part of the LGBTQ community or preferring not to answer, there is a significant part of our student population who could utilize this center,” Sanderson said. Although the center is open to everyone, the demographic justification added to the need for a student center after years of having various LGBT+ groups working to represent students on campus.

Hugo Mata, a student who frequently visits the Resource Center, said that the Center is a great place to provide a safe and affirming environment for LGBTQ students and he is spreading the word about the Center.

“Whenever I meet someone in the [LGBTQ] community, I tell them about the office. It’s usually just by word of mouth that I’ve seen more students come to the office,” Mata said. In addition to word of mouth, some students stop in after walking past the office.

As one walks through the hallway, the office emanates rainbow light from the signature Pride wall and all of the rainbow décor within. The walls are adorned with pictures of LGBTQ icons including Sharice Davids, a United States Senator from Kansas, and Billy Porter, a fashion icon and activist.

Vic Spencer, the Center’s director, explained in an email that their current priorities are “to elevate the visibility of both the Center and our LGBTQ population.” They said that the center plans to “expand [the center’s] programming” to include other aspects of LGBTQ health, history, and advocacy activities.

A 2019 Human Rights Campaign report, the Municipal Equality Index, also recently rated Fort Wayne with a score of 40 out of 100. This report is “based on its laws, policies, and services of municipalities on the basis of their inclusivity of LGBTQ people.” Out of nine cities scored in Indiana, Fort Wayne had the worst score. Terre Haute scored 42, while other major cities like Indianapolis and Bloomington scored 89 and 100 respectively. 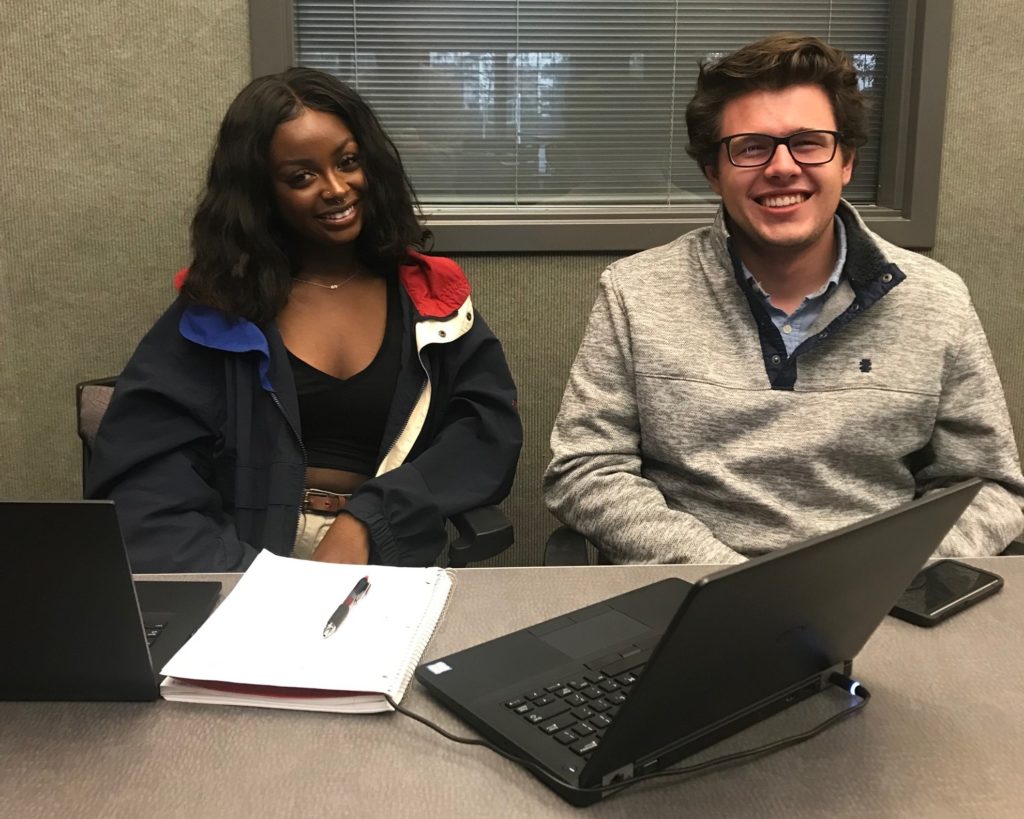