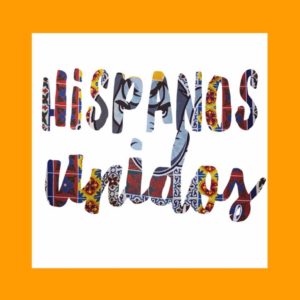 Suicide Prevention Awareness Month is at its close, but Three Rivers Visiting Dogs promote visibility all year round. The Fort Wayne-based organization has a goal to reduce the stigma with the help of trained dogs certified to make a difference in our community.

College students engaged in activities during Mental Health Week at Purdue University Fort Wayne to raise awareness and help prevent suicide – the second leading cause of death among people aged 10-34, according to the Center for Disease Control and Prevention.

The center of attention was dedicated to floppy ears and wagging tails who welcomed love and attention from students as we took a break from dealing with the daily stresses of college life.

“It really helps the kids– coming here, petting the dogs,” said Bob Everest, founder of the nonprofit. “It lowers your blood pressure and changes things in your day that are going bad.”

Trained service dogs can detect oncoming anxiety and provide stress relief, according to Medical News Today. Three Rivers Visiting Dogs’ immersion into the Fort Wayne community gives the team members a chance to share their own stories and show that mental health issues don’t have to always be associated with negative memories.

Ginger is a Cavalier lap dog with a special talent for service to her owner. To some, she is a physical reminder that a person relies on her help to tackle their daily life. To others, she is a reminder that mental health issues don’t have to be kept secret.

Charlotte Coburn, Ginger’s owner, reminisced on how she bonded with her service dog. “We got her for our 50th wedding anniversary… and that was ten years ago,” Coburn said with a laugh.

Raising awareness is a primary way to reduce the stigma around mental health. PFW’s counseling center is a free, convenient resource for the general public that has not been heavily advertised. Dr. Joel Givenz, a counselor at the center, explained how the “disease model” impacts a person’s choice to either stay quiet about the issues they tackle or not tackle them at all.

“Depending on cultural norms, sometimes a person will believe that counseling is for ‘crazy people’ or ‘really sick people’, so sometimes counseling is associated with severe mental illness, and that’s kind of the disease model,” Dr. Givenz explained.

Sending positive messages about seeking professional help is necessary for turning over the stigma. Tim Hill, counselor-in-training at PFW’s center, said that one benefit of forming a connection with a client is creating an environment for change.

“It’s no different than if they had a cold and they went to see their doctor,” said Hill, who juggles a full-time job and providing for his family with volunteering as a counselor. “It’s still just a part of who they are, and if they think they need to improve it… then we are here and willing to help.”

Three Rivers Visiting Dogs and local counselors are doing their part to foster a welcoming environment that reduces stigma. We as a community can get involved, too. Dr. Givenz said that the more that students are involved with awareness events, the more the stigma is lowered, concerns are normalized, and people can talk about those concerns without embarrassment.

Dr. Givenz and Everest both said that mental health professionals are transforming the way they think about treatment, and the presence of therapy dogs raises awareness for visibility. “We see the importance of touch,” said Dr. Givenz. “When it comes to an animal, it could be doing a lot of work for a person just to have something soothing nearby.”

Everest founded Three Rivers Visiting Dogs in 2000. He and his team of about 100 members go to suicide prevention events, health fairs, hospitals, and nursing homes throughout the year. The team’s many experiences led the founder to share stories that show the mental and physical impact dogs in his organization have on the public.

“We’ve had people in comas waking up petting a dog,” Everest said. “We can’t explain it… but they do a big thing.”

Everest said that he has been on several visits to people with Alzheimer’s who remember their time with the dog, and even the pet’s name, but not anything else. In another instance, the dog encouraged progression in a burn victim. Over the course of several visits, the patient went from only being able to pet the dog with one finger to embracing the animal with strength.

The team trains dogs in an immersive eight-week program to determine how they react and interact. A simple test such as bringing the dog in a hospital elevator can play a factor in whether they become certified therapy dogs or not.

Ginger passed the program with flying colors despite her own disability. “She’s completely deaf, but you would never know,” Everest said. “She loves what she’s doing.”

Three Rivers Visiting Dogs works with the National Alliance on Mental Illness by attending support groups for people with mental illness and their families every Tuesday night to reduce the stigma.

Editor’s note: A related version of this news article was featured on the Journal Gazette’s Nov. 12 edition.