People for the Common Good coalition hosted an Our Promise Peace Rally and March on Jan. 21 at the Allen County Courthouse Green, followed by an informational fair at the downtown Allen County Public Library.

“We wanted people to be able to leave that day knowing that they can volunteer or donate,” said Sarah Hyndman, founder of the event and coalition.

Reporting from the Peace Rally and March happening at the Allen County Courthouse. #ZRA pic.twitter.com/EGggn0qZME

The rally began at 3 p.m. under sunny conditions. It featured five community leaders speaking outside the courthouse. As people listened and held signs or flags, cars drove by honking in support of the protesters, although some seemed in opposition.

Fort Wayne resident Marsha Wallace said she thinks it is important that the world hears people want equality and justice for everyone.

“We have to stand up to make sure people know we’re not going to shut up about it,” Wallace said, smiling.

Another rally attendee, Ron Tutwiler of Fort Wayne, said he showed for various reasons, but felt more empowered surrounded by others who had similar opinions about past and current events.

"I may be a small voice, but I have a sign and all these people by my side." – Ron Totwiler #PeaceRallyandMarch #ZRA pic.twitter.com/lVakyD5low

Hyndman said over a 1,000 people attended the rally, and she was extremely pleased with the turnout. But the main goal of the day was to give people opportunities to make their community a better place, something she hopes she accomplished.

After the rally, protesters marched to the library to attend an informational fair where they could learn how to participate and volunteer with local organizations.

Hyndman said approximately 35 organizations were set up in the library. People had various groups they could connect with, everything from advocating for the environment to supporting refugees in the community.

James Cary, a representative at the fair from a local business, Friends of the Third World, said he felt excited about the interest and diversity on display that day, especially in the younger people who attended.

Hyndman said she titled the event Our Promise because she wanted to send a message that showed people are going to do more than just talk about critical issues. Instead, they are promising to do something about them. 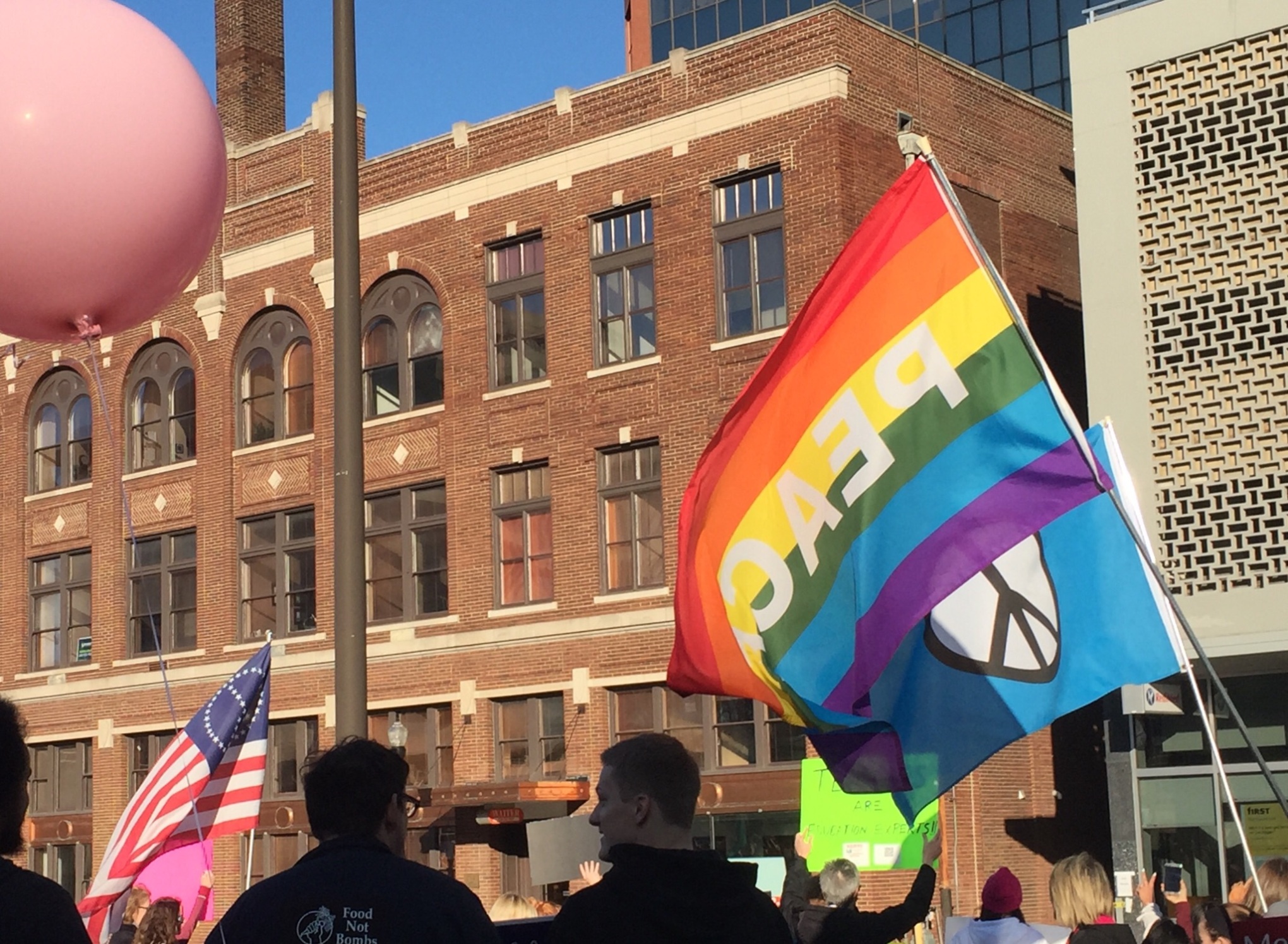 “We’re all here to put our actions where our hearts are, Hyndman said, “and we promise to do more.”