The group seeks to create a community which can relate through common values regarding feminism and gender equality. They also hope to provide educational opportunities for students wanting to better understand the goals of the 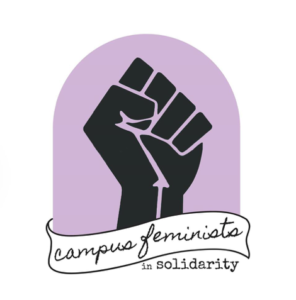 “Our goal is to provide a safe space for feminists on Purdue Fort Wayne’s campus,” said CFS president Shelby Thomas.

Thomas said the group strives to initiate discussions in which students do not feel held back in sharing what is on their mind regarding feminism-related issues. They are also particularly interested in helping non-feminists come to a better understanding of the movement.

“For me, when I think of feminism, I think everyone is equal. Men, women, people of the LQBTQ community, people of color, people with disabilities, everyone,” she said.

When speaking with Dr. Noor Borbieva, an anthropology and women’s studies professor at Purdue University Fort Wayne, she defined feminism as gender differences not creating inequality in and of themselves.

She also said that there are many misconceptions and misunderstandings associated with feminism and the women’s studies program. The most common she hears is that women are equal in our society.

“The kinds of harassment and dehumanization and tribalization that I see all around me, in the media, in what my students suffer…is troubling,” she said. “Not a semester goes by that I don’t hear horrific stories of gender oppression from my students.”

CFS treasurer Sam Schubert said that she has heard many false accusations regarding CFS, but the most troubling is that they serve no purpose.

“People think that we sit around and complain about stuff, but we don’t actually do anything,” she said.

Other misconceptions discussed by sources include that feminist group meetings are just “man hating sessions” and that the women’s studies program is useless in the academia environment.

It is likely that these stigmas contribute to many of the obstacles faced by CFS and the women’s studies program at Purdue University Fort Wayne. The group has dealt with repeated hostility from campus community in the past.

Thomas said that she had first-hand witnessed CFS posters being taken down by other people, one being a professor at the university.

The women’s studies program has also run into issues like this, almost being removed from the university as a major in 2017.

Professor Borbieva said that she saw someone had graffitied negative words about women’s studies on one of the department’s posters just the day before our discussion.

Thomas said that when the program was under threat, the women’s studies students came together to advocate and petition for its protection. This led to a change in decision from the university to keep women’s studies as a program for students.

It is these principles which are enforced by Thomas and other CFS members. They hope to further interact with the Purdue University Fort Wayne community throughout the rest of the fall and spring semesters.

Next steps for CFS includes the start of a feminist book club and what the group calls, “The F Word”, in which women’s studies affiliated faculty is interviewed and explains how their research relates to feminist ideals. They hope to have these started before the end of the school year.

Schubert said that the group also hopes to get connected with other Purdue University Fort Wayne clubs and organizations to work together in hosting events for students.

“People need to come together with people who share their views, that’s where you find power. That’s where you find affirmation and you can feel good about who you are as a person and get through social connection with other people,” said Professor Borbieva. “That’s the joy of being a human, what else is there?”

Purdue University Fort Wayne hosts first Students with Families Night of the semester. The next event will be Nov. 2 for a skate night at the Roller Dome North.

Purdue University Fort Wayne students and faculty gathered at Crazy Pinz for a night of fun festivities on Sept. 27 during the first “Students with Families Night” of the fall semester.

Those who attended the event from 6-8 p.m. enjoyed free pizza, beverages, and passes for bowling, laser tag, mini golf and the arcade.

The university has been offering these free and fun-filled nights to students for several years, allowing families to engage in unique and entertaining activities each month. The program, which is led by Purdue University Fort Wayne’s Office of Diversity and Multicultural Affairs, was created with the goal to provide leisure activities for families that would not typically be able to spend nights out together—low-income families in particular.

According to Bachelor and General Studies Student Outreach Coordinator Cicelle Beemon, who currently plans and organizes each of the Students with Families Nights, the periodic events have attracted several regular attending students and their family members during her few years in the position.

She said it takes an immense amount of time to put together such events, but the outcome and grateful reactions from students are worth the work invested.

Beemon also explained that she feels it is of growing importance that students have this time to spend with loved ones as they get busier and pick up more responsibilities.

One Purdue University Fort Wayne student who attended the Crazy Pinz event, Nicole Bowe, definitely knows and appreciates the value of the night.

She was able to enjoy the Students with Families event with her 1-year-old daughter, Meris. The two spent time watching friends and family compete in rounds of bowling while indulging in their pizza.

Bowe said that it can be hard to take her daughter out much while in college full-time, so she takes full advantage of the Students with Families nights.

According to Bowe, the time spent with her daughter is priceless. She hopes to savor every moment she can while bonding during fun activities.

It appears the difficulty families face with spending time together is not limited to Purdue University Fort Wayne students and their families, either. According to a 2018 study conducted by Visit Anaheim, the average amount of quality time American families spend together each day during the week is about 37 minutes.

The study also found that 60% of American families describe their lives as ‘hectic’ and attribute the lack of quality time to busy work and school schedules.

Beemon and Purdue University Fort Wayne’s Office of Diversity and Multicultural Affairs recognize the struggle American families face and created the Students with Families Nights as a response to this dilemma. The faculty believes in the positive impact a night out with loved ones can have and will be continuing to host the events periodically throughout the school year.

The next Students with Families Night will be Nov. 2 for a skate night at the Roller Dome North.

Dates and times for the rest of the Students with Families Nights during the fall can be found in the Purdue University Fort Wayne Fall Programming Guide. For more information, visit https://www.pfw.edu/offices/cwra/programs/students-with-families.html