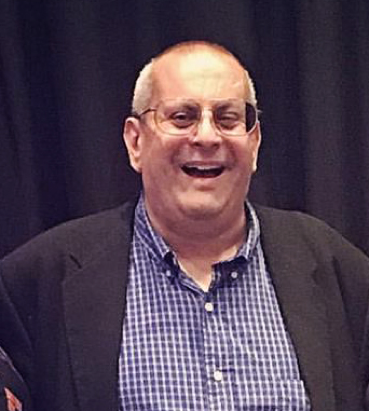 Irwin Mallin is truly an unforgettable man. Throughout his time on campus, whether it was known as Indiana-Purdue University Fort Wayne, he has always had everyone call him Irwin. No matter what relationship he had to the person, he was always just Irwin. It would feel wrong to call him anything other than that. Being on a first name basis with everyone speaks to his character and overall personality very well. In spite of his doctorate in communication and law degrees, Irwin never felt that he was above anyone else and made sure that everyone felt like they belonged when they were around him or his beloved department of communication.

Now, 20 years after he first arrived, Irwin is set to leave the university. Irwin has been battling cancer for nearly two years now. His diagnosis is terminal and as of this writing, he has transitioned to hospice care.

Irwin was born June 20, 1962 in Syracuse, New York. According to Irwin, Syracuse was a good place to be a kid, but not so much fun as an adult. His father and uncle taught him his sarcastic and unapologetic sense of humor, and he described himself as a very ordinary high school student who enjoyed watching sports and goofing off.

Irwin has always loved being able to help people through difficult times. After getting his law degree, Irwin spent five years as a bankruptcy lawyer. During that time, he estimated that he assisted around 70 people. He enjoyed his time as a lawyer because he was able to spend some time helping people. Helping people was always Irwin’s strong suit.

In 1999, Irwin continued to find ways to help people during challenging and transitional periods – this time as a college professor and head advisor at Indiana University-Purdue University Fort Wayne. He no longer found joy from his career as a lawyer and wanted to do something more fun.

“I wanted to teach because it was easy and seemed fun,” Irwin said. For Irwin, the excitement and passion for teaching never faded.

For the better part of 20 years, Irwin has devoted himself to his students and his work. His level of expertise and ability to connect with anyone he met set him apart from every other professor on the Purdue Fort Wayne campus. He genuinely cared about each and every student he interacted with on campus and would do anything to make sure they would succeed.

Dr. Marcia Dixson, Professor of Communication and Associate Vice Chancellor for Teaching and Learning at PFW, was the chair of the Communication Department for nine years from 2006-2015. As Irwin’s former department head, Dixson experienced many years of Irwin’s sometimes-awkward social abilities, sarcastic humor and commitment to student success.

“For the most part [being Irwin’s boss] was easy. Unless he was really fired up, he just works hard and does what’s best for the students and the department. He was always doing what’s best for the students and he was always willing to put the effort in,” Dixson said. For Irwin it was never hard to go above and beyond at his job, because it was fun for him.

One of Dixson’s most unforgettable Irwin moments was back in the early 2000s, when checks were still printed and picked up in an office. Dixson recalled Irwin walking down the hallway holding his check high while loudly saying, “Can you believe we get paid for this?” This statement really showed Irwin’s character. His sarcasm, humor and genuine personality have always made him someone that was easy to connect with on campus, no matter who you were.

In February, Irwin was recognized for his commitment to the campus and his service to its students with the Featured Faculty for Service Excellence award for the 2018-2019 school year. The award recognizes those who “demonstrate extraordinary and sustained dedication to engagement with the community,” according to the nomination form.

“He fought to have advising recognized as a part of student success. He changed the culture of the campus in terms of how much we value advising and its recognition of his importance to student success,” Dixson said.

“This institution became part of his soul – the students, faculty and place. It’s what he wanted to do with his life and he did it,” said Dr. Michelle Kelsey Kearl, Chair of the Communication department.  “I admire that Irwin made this place part of who he is, and his commitment didn’t waver. He is enduringly optimistic. He has faith in this institution and people that is profoundly unique.”

“Irwin will be remembered on campus as a person with a strong commitment to students and advising with an odd sense of humor. He was passionate about his students and about teaching,” said Dixson. “Whatever he did, it was always going to be good for students. He does things that he thinks matter and matter to other people and he loves that.”

Irwin would update his office hours each week, sometimes daily, on his website so that students knew when he was around. He always welcomed students and would do anything he could to make their experiences better. At the beginning of a class, he asked his students how they felt and a student answered “hungry.” Irwin immediately left the room without saying a word and came back shortly after with a Snickers bar. Irwin did whatever he could to make his students enjoy their time, even if it was just a silly gag.

Whether it was in the classroom or in his office with a student, Irwin was extremely passionate about his job and made sure other people felt the magic that he did. He walked into every class with an excited “Stars!” and the class would chime back “Hi, Gene!” as a homage to an old cheesy game show. Each and every class felt special with Irwin. He made you feel like you were supposed to be there, no matter your age or how much expertise you had on the subject. As you walked out of the classroom or his office, he would simply say “peace.” Irwin said he appropriated this saying from a Lutheran girl he dated 30 years ago. He always made students and colleagues feel welcome.

“Here in this department, my experience of him is he wanted everyone here to feel like they belonged. Every time a student would become a communication student, he would introduce them to everyone in the office and would root for them down the hallway ‘you’re one of us,’” Kelsey Kearl said. “It gave the students a sense of belonging. It did good work for the students and was great morale for the faculty. His rooting made it clear what our value was to the students.”

For many current students, alumni and faculty, Irwin has made an extremely lasting legacy.

“He has been a champion of teaching. There is no way to articulate it in a quantitative way. His award for outstanding advising is a career’s worth of effort into changing the entire culture of this campus,” Kelsey Kearl said.

“This campus will lose his passion for advising and his high valuing of advising. We have to hope that the culture has changed and that he has made a lasting legacy,” Dixson said.

The communication department and PFW in general will lose a phenomenal faculty member and stellar advisor upon Irwin’s departure. Everyone that encountered Irwin learned something – even if they didn’t know it at the time. He is genuinely a wise and down to earth man that never stopped sharing his knowledge with students and colleagues.

“You can’t have a conversation with Irwin and not take something out of it that is helpful or purposeful. He was so focused on students, making their experience here productive and a meaningful part of their lives,” Kelsey Kearl said. “He always seemed persistently invested in helping people do better. You would have to try hard not to learn something from him or find some productive tool that he knew about.”

As Irwin’s time at PFW draws to a close, he will greatly miss the university and its students. Irwin’s wish for the university is that it will continue to thrive and take care of students. He left a lasting legacy on this campus and on anyone that has ever encountered him; one that will hopefully continue to impact PFW for many years to come.

When asked what advice he has for students he simply said, “Do well.” As an educator and as a person, Irwin’s lasting impact has set the example for what it truly means to “do well.” 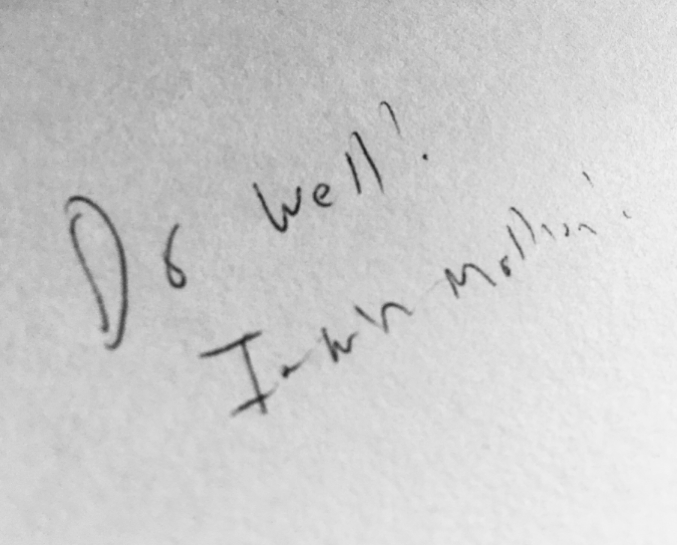 Editor’s note: This article was submitted for publication several days prior to Irwin Mallin’s passing on May 6, 2019.

One thought on “Irwin Mallin: Embracing the Joy of Teaching”