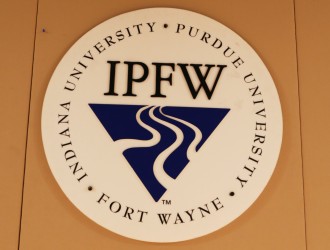 “The first time I gave a poster presentation I thought that I knew my stuff pretty well,” said Burris, senior in chemistry and Spanish.

“But the faculty members at the school that I was at grilled me on every aspect of what I was doing. So it changed how I viewed my research, and also how I approach academics in general.”

The symposium divided contestants into two different categories: graduate and undergraduate. The judges selected three winners for each set.

Over 100 students presented their research via poster and were judged by faculty members. This year, 22 departments were represented.

Burris’ poster, “Effects of Portal Protein Primary Structure Mutations on Viral Genomic Packaging Capabilities,” has been an ongoing project since 2013.

“Biologists know how bacteria infect the cell, but they don’t know how it packages the DNA to infect the cell”, Burris said. “What we focused on was a portal protein which is a little conical protein. Its got a channel in the middle and DNA travels through the channel, but no one knows what it does and so we did research in what does the portal do. ”

Before participating in events such as the research symposium, Burris said that he did not actually apply what he was being taught in his classes. 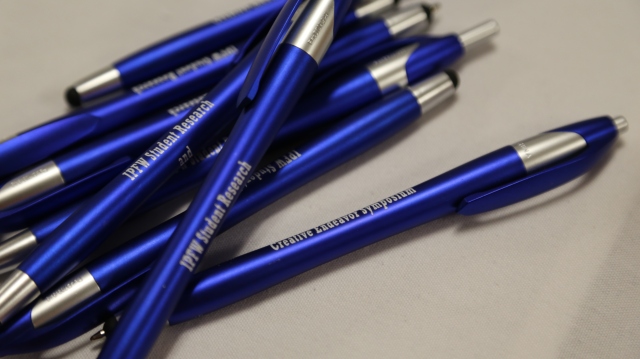 “My first couple of years I studied and worked hard to maintain good grades, but I didn’t actually learn a whole lot,” Burris said. “Once I realized that I wanted to go into graduate school, I realized that I needed to be learning more than just being able to memorize stuff and then put it out. Those opportunities, poster presentations, showed me the kind of approach you have to take if you are serious about actually learning.”

To participate in the research symposium, students either have to apply and be selected; or a faculty member appoints them and the student has to accept the nomination.

In the past, Burris applied for the research symposium but had his proposals rejected for being too similar to another’s student research. This year, Burris was stunned his advisor selected him.

“I was actually pretty surprised just because in the past we had the experience of having me get rejected because it was similar to past presentations,” Burris said. “I just kind of assumed that that was going to be the trend, but he pushed me to do it and you can’t really say no.”

Students not only have the opportunity to present, but they can also decide to archive their posters for future use in a URL form.

Susan Anderson, director of Library Academic Services, further informs how this can be possible.

As a senior, Burris plans on attending Ohio State University. He will continue working on his project, and plans to go into analytical chemistry, to work in drug development.